First off, THANKS for all the love, comments and shares yesterday!  We had a record-breaking 2.7K views in one day!  (WOAH!)  We also made lots of new friends, and had blast sharing and talking with our “old” friends!  THANK YOU GUYS!!!

Now on to the subject of the day: Revenge of the Fifth, and why it is on the wrong day!

END_OF_DOCUMENT_TOKEN_TO_BE_REPLACED 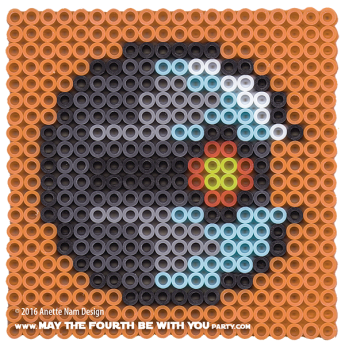 Bigger, badder, and just like all of Kylo Ren’s and General Hux’s ideas, completely over the top.

I can imagine their brainstorming session:
KR:  The Death Star was really cool.  Darth Vader was a genius.
GH:  Hrmph, he failed!  He was not thinking BIG enough.
KR:  WOAH! You mean A BIGGER Death Star?
GH:  Yes.  The problem with the first 2 Death Stars was that they were not big enough to conquer the universe.  The New Order is more powerful than the Empire ever was, and as such we need something that will cause the appropriate fear and destruction throughout the galaxy.  We need a (Hux almost whispers)… Starkiller Base… made from a real planet.
KR:    #$&*#(@ BADASS!

(Official Star Wars people: if you want to hire me for writing dialog on Episode VIII, you know how to find me)

END_OF_DOCUMENT_TOKEN_TO_BE_REPLACED 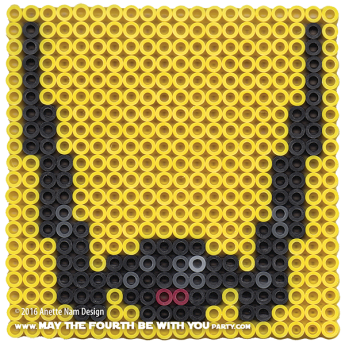 OOPS! Another Pixel Monday on a Tuesday! Time got away from me a again this week.  However, I still want to make sure I share the pattern for Kylo Ren’s magnificent Command Shuttle with you guys.

END_OF_DOCUMENT_TOKEN_TO_BE_REPLACED 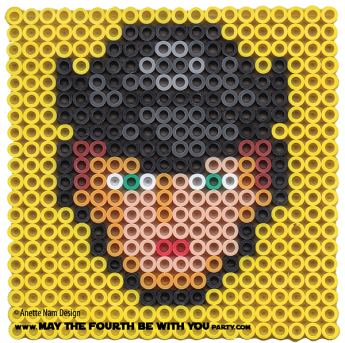 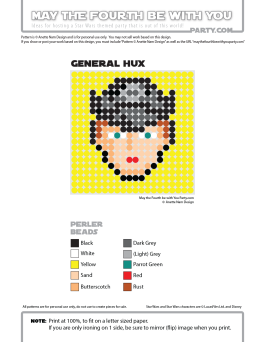 Hux puzzled me.  At the beginning of the first viewing of The Force Awakens, I could not decide if General Hux’s character was terribly written or just terribly over-acted.  The answer is – neither.  About halfway through the movie, I realized what Hux and his relationship to Kylo Ren were all about, and I started truly enjoy when the General came on screen.

END_OF_DOCUMENT_TOKEN_TO_BE_REPLACED

(No Spoilers!) They say that the villain is always the most interesting character in a story.  I’m not sure that is necessarily true.  And from what I had seen in the previews, I didn’t think Kylo Ren seemed terribly original or interesting – and unnecessarily flashy with his over-the-top, impractical lightsaber.

After having seen the movie though, I have totally changed my tune. I think he is my favorite new character.  (Sorry Captain Phasma!)